Mike Colvin
​Owner/President
mike@striveinsurance.com
​
Mike Colvin is the owner and president of Strive Insurance Agency. The former Vietnam Navy Veteran is a Kansas native and graduate of Wichita State University but has called Texas home for over 40 years. Having joined the Strive team in 1985, his experience with the Texas insurance market spans over 30 years. Mike is intensely passionate about putting his 33 years of expertise to work for his clients by helping them find insurance that meets their individual needs, for every stage of life. In his spare time, he enjoys spending time with his wife Pam, their two daughters and four grandchildren. As an avid runner, Mike has been a member of the Texas Beef Running Team for over 10 years. He also volunteers for  the Healthy Kids Running Series in Richardson, Allen and Dallas and enjoys hiking and backpacking, especially in Big Bend National Park. 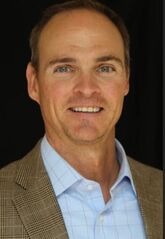 ​Jason joined Strive as a licensed agent in 2007 and specializes in commercial insurance. He has a business degree from Texas State University- San Marcos and is a veteran of the Armed Forces, 10th Mountain Division.  Jason is passionate about helping people and building long-lasting relationships with his clients. While away from work, Jason enjoys delivering meals for Meals on Wheels, playing ice hockey, and spending time with his wife Jennifer and two boys. 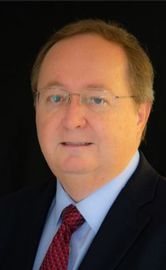 Mike has been an insurance agent for 31 years, and 16 of those have been with Strive. When he isn’t selling insurance, he enjoys spending time with his three children and his Yorkie, Teddy. His favorite past time includes playing golf, traveling and volunteering for his church by organizing outreach events. 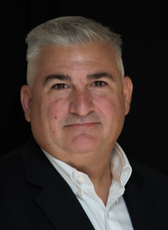 Terry has been with the Strive family since 2012, specializing in commercial and cyber insurance. After graduating from LSU in 1991, he moved to Austin and soon realized that the growing technology hub was a perfect fit for him. Bringing the human and digital interactions together to create a better experience for the insurance client is the cornerstone of Terry’s work philosophy. When he isn’t selling insurance, he enjoys spending time outside camping in the family popup, fishing or playing golf.  Along with his wife Vickie, Terry is a longtime supporter Hill Country Ride for AIDS, an annual bike ride that raises money for support services, testing, counseling and hospice care for those affected by the disease. 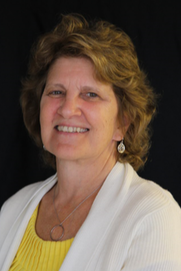 Pam is happily married to Mike and has been the agency office manager at Strive since 2007. She is a health and lifestyle enthusiast who enjoys running and taking long hikes. Along with Mike, she also volunteers for  the Healthy Kids Running Series in Richardson, Allen and Dallas and is a longtime member of the Texas Beef Running team. Family time, especially with her three grandsons and granddaughter, is her most cherished pass time.
NOTICE: This blog and website are made available by the publisher for educational and informational purposes only. It is not to be used as a substitute for competent insurance, legal, or tax advice from a licensed professional in your state. By using this blog site you understand that there is no broker client relationship between you and the blog and website publisher. ​